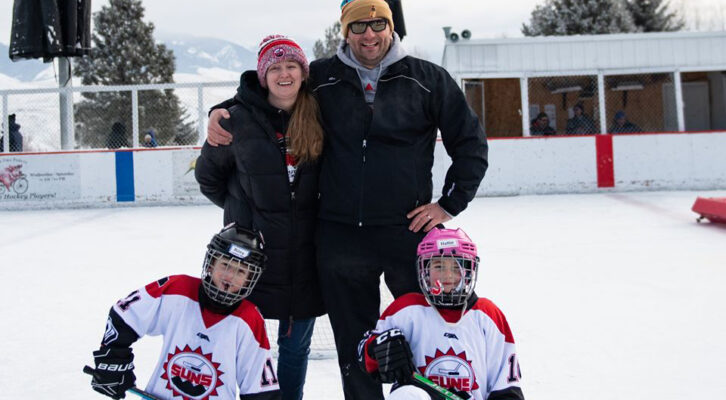 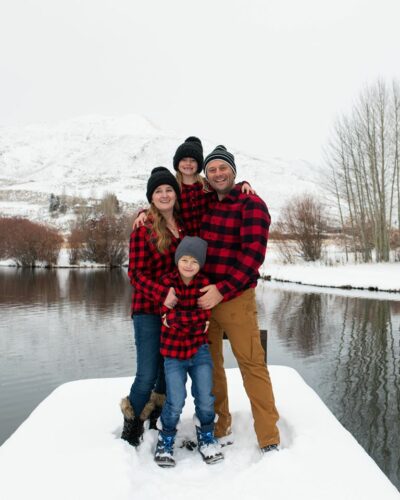 Most of the time, Chris Corwin’s job is kind of boring. As the Disaster Services Coordinator for Blaine County, Chris spends a lot of time planning for things that he hopes never happen.

“That’s my job. I kind of sit back in the shadows trying to get prepared,” Chris said, during a short break from being the point-person for battling Coronavirus in Blaine County. “Nobody wants to do preparedness stuff.”

Typical days for Chris involve working on emergency operation plans and leading first responder training sessions. He often includes some of his other favorite activities like mountain biking, fly fishing, coaching hockey and hanging out with his wife, Meggi, and their seven-year-old twins, Hattie and Riley.

“This place is really special. I couldn’t think of a better place to raise kids, “ said Chris, who grew up in North Dakota. “We’re spoiled here.”

At least that’s how we feel until the proverbial “Bat Signal” goes off in Blaine County.

Local emergencies have actually been called quite a bit recently. While Chris started with the County 11 years ago, his first year in charge of the Disaster Services involved the record floods of 2017. The next year, the Sharp’s Fire ravaged over 65,000 acres just east of the Wood River Valley. And now Chris—and all of us—have to deal with a global pandemic that shares the name of a crappy beer.

“The old saying is that all disasters start local and end local, but this one’s different,” said Chris, who’s a bit of a beer aficionado when he’s not tackling emergencies. “No disaster is the same, though, and this virus is certainly proving that.”

There are four main roles for an Emergency Manager. The first is preparedness, which covers planning and training. The second is mitigation, which includes things like creating the new side channels in the Della View neighborhood to help with flooding. Dealing with the disasters themselves is the third part of the job. As the manager of the County’s Emergency Operations Center, Chris oversees the hub for communications, resources and requests to the State and other agencies. As part of the current crisis, Chris is leading emergency group check-ins and updates, connecting leaders of every kind throughout Blaine County.

The final role is helping with recovery. Part of the recovery from the Coronavirus, Chris said, will include teaming up with partners like The Chamber to “help get people resources so they can get back on their feet again.”

To help, Chris asks everyone to follow the Stay at Home orders. “Now’s the time for people to just chill,” he said, pointing out that there will be plenty of time to take actions and to be social again during the recovery.

We Know How to Do This

We Know How to Do This

Remember the Castlerock Fire of 2007.  The challenger was different but it invaded our lungs with as much intensity as the new challenger...
Copyright Sun Dog Media Inc. All Rights Reserved, 2020.
Back to top