Fourth of July has passed. Labor Day still may feel a ways off. And that means deadlines for establishing next year’s city spending plans are fast approaching. If you want to weigh in on the process, time is now to speak your piece or forever hold your peace.

In the June 26 issue of The Weekly Sun, we took a look at budget planning for Sun Valley and Ketchum. This week we examine what’s going on in the southern part of the Wood River Valley: Hailey, Bellevue and Carey.

City officials are feeling pretty good about their revenue and expenditure plan, which is now halfway through the review process. On July 22, the city will hold its third budget review and plans to vote on a finalized version of the budget Aug. 12. In budget proposal documents, the city describes its spending plan as “improved” and cites three justifications for that description:

An ordinance setting a fair cost for irrigation of city parks

A $20,000 increase in general LOT (local option tax) based on a successful collection effort from short-term rentals.

“These elements allow us to properly budget street and park maintenance, a downtown flower program and increases to transportation services without negatively impacting other departments,” the city budget document states. 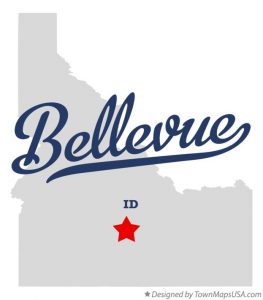 “I could do a whole lot of good with a half a million bucks,” quipped Bellevue Mayor Ned Burns when asked about the goals and priorities he and fellow councilmembers are now penciling out.

Still in the “aspirational” phase of the planning, as Burns calls it, it won’t be until after all the revenue projections are in that city staff and elected officials can “sharpen their pencils and start to figure out what we can do this year versus that year,” Burns said.

Road improvements are the key issue for him and other city officials, Burns said.

Bellevue City Council meetings are held the second and fourth Mondays each month. The Aug. 12 session is the earliest the council could adopt a final version of the budget.

In Carey, city officials have already held one round of budget workshops this month, and a hearing is scheduled for July 16 at 7 p.m. at Carey City Hall where the public can attend and comment. A final budget will be approved at an Aug. 20 ordinance hearing, a 7 p.m. session also held at Carey City Hall.

It’s the July meeting where councilmembers can increase or decrease budget line items. At the August session, the only changes they are allowed to make would involve decreases in expenditures.

Mayor Randall Patterson said Carey’s biggest change from this year to next will be in the cost of the liability insurance it has to carry. Across the state, cities have seen a 10 percent increase on average. Carey’s increase is 30 percent. It’s only a matter of $2,000 or so, but when total revenues come in around $427,000, it’s significant.

Patterson said the biggest challenge is not being able to do all the road repairs needed. “We’re always fixing the worst first—for example, the potholes,” Patterson said. “But we’d like to focus more on the roadwork that prevents potholes on the first place.”