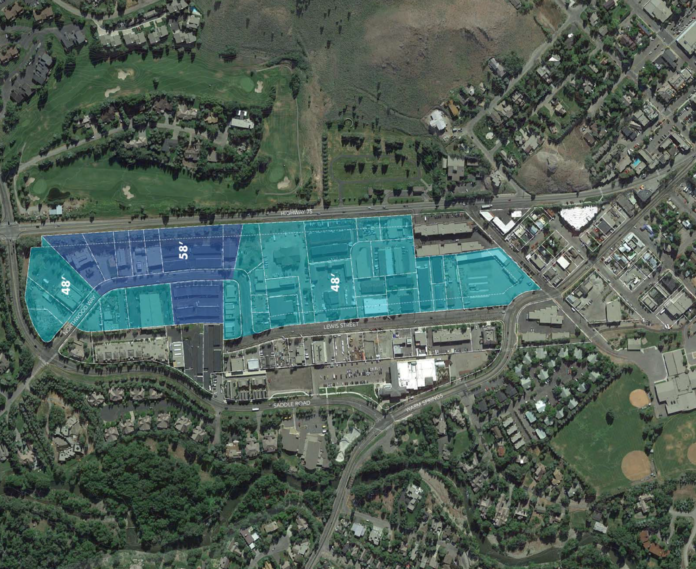 The City of Ketchum is trying to solve a problem pretty much any tourist mecca faces: How to affordably house the artisans and laborers who keep the high-end resort area looking beautiful and running smoothly. The challenge itself is nothing new, but the city council’s attempt to rewrite industrial zoning regulations is. And, it’s moving forward.

Council members voted unanimously at their May 20 meeting to move forward with a number of proposed changes to zoning laws in Ketchum, specifically ones affecting the light industrial area between Highway 75 and Lewis Street. Many stakeholders believe that if the changes are ultimately approved, developments offering light industrial job opportunities and affordable residences increase.

“This truly is a balancing act you’re trying to meld by allowing residential to be increasingly present (in the light industrial zone),” John Gaeddert, City of Ketchum Planning & Building director, told the council Monday night.

If reaction during town halls, planning and zoning sessions, and even casual conversations of concerned residents is any indication, the Valley is feeling the impact of a declining supply of rental units and affordable housing. And answers are in high demand.

What follows is a rundown of some of the proposed changes to industrial zoning and how it could swing momentum in the direction of having more places to work and live.

Build the buildings bigger and the dwellings smaller

The city is considering an increase in the allowable height of buildings in certain sections of the industrial zone, from 48 feet to 58 feet. Essentially, it allows developers to construct an entirely extra floor. And if that extra floor is used for residential units, that means workers have a more affordable option in which to live.

Higher buildings, however, mean a potential impact to neighboring views, so that could get controversial. To mitigate impacts to views, city officials did not make every area allowable to 58 feet and took the natural grade (elevation of the ground) into account. Councilmembers seemed to agree that although negatively impacting someone’s view is not a popular move, the housing shortage is a “crisis situation” that requires creative solutions.

“The view corridor for someone playing golf at the Bigwood golf course, that to me doesn’t hold a lot of water,” Michael David, City Council president, said.

Ease up on parking

The city is also considering easing up on the requirement to have one parking space per bedroom where residences are mixed in with industrial properties. That would mean a 1,000-square-foot, two-bedroom unit housing up to four people—potentially four car owners—could have just one space for parking. The overflow would have to park on the street or take up spaces the industrial businesses need.

As the proposal reads now, the city would typically require one space per bedroom but be able to determine what’s best on a project-by-project basis.

“How far this moves the needle is hard to say, but it’s a move in the right direction,” Councilmember Courtney Hamilton said.

Councilmembers are required to hold additional sessions before any zoning changes become official law. At the next so-called reading of the ordinance, they said they hope to hear more from developers on how some of the specific changes would impact their ability to make any new projects profitable. Councilmembers agreed that if a development for housing and industry doesn’t “pencil out” for developers, they won’t get developed at all.

“Flexibility is what developers want. More housing is what we want,” Mayor Neil Bradshaw said.

In other housing-related news, the council discussed what to do with the existing city administration building on 480 East Avenue once a new fire station is built—something that will be put to voters in a November bond measure. The council decided to put out a so-called Request for Qualifications from developers who can apply for housing tax credits and later develop a housing solution on that land.