The Hunger Coalition Fulfills A Dream

Creating A Dominant Or Aggressive Dog

A tale of two city councils 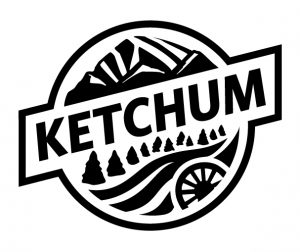 Some major mergers may be discussed in smoke-filled boardrooms, but in the Wood River Valley one will be discussed in a brightly-lit swank hotel. On Feb. 25, the Limelight Hotel will play host to a joint session between the Ketchum and Sun Valley city councils. The topic? Whether to join forces when it comes to providing fire, police and emergency medical services to residents here.

For both cities’ mayors, there is a belief that a merger would be a win-win for everyone, especially when it comes to funding any new facilities or facility upgrades. But the devil is in the details, and those are what will be discussed Monday at the joint session.

By early March, both Ketchum and Sun Valley city councils will digest the information, receive more detailed budget estimates, and then vote on whether it is best to provide this resort area with emergency services jointly, or to continue going it alone. The Ketchum City Council meeting will be held March 4; Sun Valley’s will be March 7.

“The driving force behind this is: Does it help the city put residents, businesses and visitors in a better place with first responders?” Sun Valley Mayor Peter Hendricks said. “We’re encouraging the public to attend both meetings (the Feb. 25 joint session and the individual city council meetings in March) to understand the logistics and to ask questions or offer comments.”

The session will be led by Walt Femling, Director of Public Safety for the City of Sun Valley. Femling will present the councils with the logistics of the merger, allowing time for council members to ask questions and comment on the plan. After that, the public will be allowed to do the same. Each person who wants to address the matter will be given three minutes to speak. 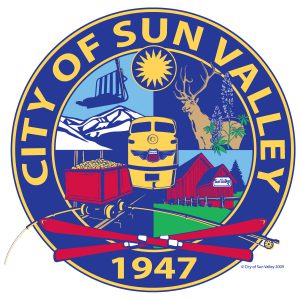 The meetings come on the heels of a report by former Ketchum Interim Fire Chief Marcus Kragness that, among a number of insights, described the Ketchum fire department facility as “deplorable.”

“Improving our services when it comes to public safety has always been the goal—it’s not about saving money,” Bradshaw said. “We feel confident we have broad community support.”

That’s not to say the merger won’t save money for one city or both, Hendricks noted. Example: Sun Valley knows it needs a new tanker truck soon. The cost? In the neighborhood of $1 million. But often that asset will go unused, making it available for another jurisdiction to borrow as needed, a common practice among smaller cities and counties. A merger would, in theory, cut that price tag in half for both cities.

Nonetheless, the two cities spend vastly different amounts for these services now. For instance, the Ketchum fire protection budget reaches nearly $11 million per year, while the Sun Valley ledger reaches about $5.4 million annually. Both mayors said basic budget information would be presented Feb. 25 and more detailed cost-savings analysis would be brought forward at the individual council meetings in March.

Something city leadership and residents must consider is the longer-term implications of a merger. If the cities want to, say, build a new facility, that move would likely need a voter-approved bond to pay for it. That means more voters to convince. And given the SWOT analysis findings, new facilities are more of a dire need than a nice-to-have.

The cities have remained tight-lipped about the potential whereabouts of any new facilities, since a merger could require the cities to purchase private land. However, certain options, like the Festival Meadows property along Sun Valley Road, could house some facilities.

If the Feb. 25 session doesn’t hit any unforeseen roadblocks, the two city councils will vote on the merger individually at their respective March sessions. From there, a few things would still need to happen. Primarily, the organizations and agencies who are currently under contract to provide services to Ketchum and Sun Valley would need to have those contracts revisited. Hendricks said that process could take them well into May, making a June start to the merger the most likely scenario.