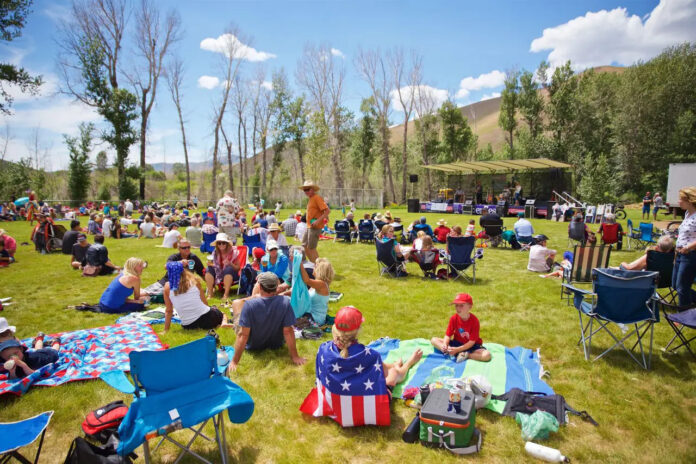 The City of Hailey says the Idaho Department of Environmental Quality (IDEQ) will conduct a $1 million cleanup of buried landfill waste at Lions Park.

Lions Park was used as a landfill for more than 70 years, beginning in the early 1900s. During this time, the Big Wood River was constrained, and trash and fill were dumped along its banks and into the river. In the 1970s, the landfill was capped with soil and the area was converted into a park with a ball field and large gravel parking area. Due to this existing contamination, Lions Park is classified as a brownfield site, which is defined as “a vacant or underutilized property where redevelopment or reuse is complicated by actual or perceived environmental contamination.”

The IDEQ conducted an environmental assessment in 2009 which determined that there is potentially hazardous waste buried onsite. The assessment found that the majority of the waste is buried 3- to 6-feet deep and that the main concerns are metals, arsenic, lead and zinc. There was no evidence of leaching found and the assessment concluded that the site was stable.

The Wood River Land Trust and City of Hailey have been working together to realize the goals set forth in the Hailey Greenway Master Plan, which include:

IDEQ will utilize the $1 million of allocated ARPA funding to focus on removing waste from beneath the gravel parking lot north of the existing ball field. These funds can only be used in areas where there has been waste identified. This summer and fall, the parties will be conducting additional planning to identify quantities of waste for removal. The waste removal will likely take months and could start in April 2023. The park will be closed for the majority of the season to accomplish this cleanup. Efforts will be made to preserve glass and other possible historic artifacts in the waste removal process.