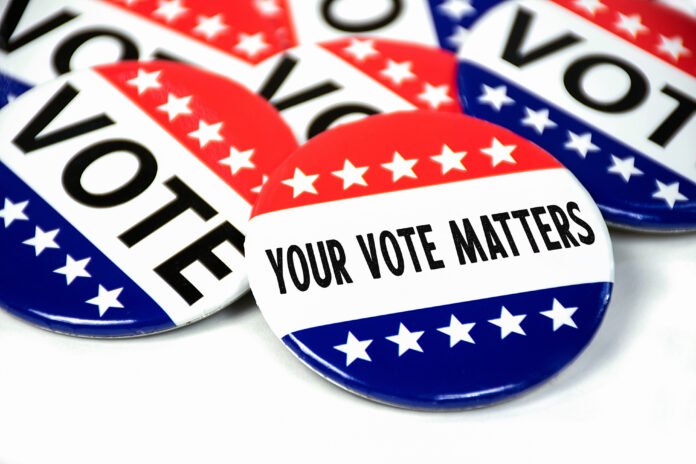 Editor’s Note: What follows is the first of two articles on the District 26 state legislature race up for grabs this year. Two Republican candidates and one Democratic candidate and one Independent candidate have filed and will now campaign until Election Day, Nov. 8. Rather than do traditional campaign stories that sometimes feel more like a marketing piece than reporting or commentary, Wood River Weekly opted to send candidates a link to a Google Form with a simple list of questions about state issues. Here are the responses from Republican Laurie Lickley, currently the District 25 representative, and Donald Lappin, a longtime political activist.

Which bill (or new law) if signed by Gov. Little would impact the lives of District 26 residents most POSITIVELY and how so?

Lickley: There are some very valuable pieces to come out of this second year of the 66th Idaho Legislative Session that will positively impact our good folks in Jerome, Lincoln, and Blaine Counties. H0436, which is now law, gives the largest tax cut in Idaho history. It provides a one-time tax rebate of $350 million, returning approximately 12% of 2020 Idaho personal income tax or $75 for each taxpayer and dependent, whichever is greater. It also effectively consolidates the income tax brackets even further, from five brackets to four and lowers the rates to 1%, 3%, 4.5% and 6%. With a $1.9B surplus, this tax cut helps Idahoans keep

Lappin: Currently, as of 3/19/2022, there are 100 bills on the governor’s desk for signing. Many affect us. Senate Bill S1309, for some of District 26 residents, the “Fetal Heart Bill,” would have an extremely positive effect on them personally, because it is an extremely positive result of years of pushing for the cause of reducing abortion rights.

Which bill (or new law) if signed by Gov. Little would impact the lives of District 26 residents most NEGATIVELY and how so?

Lickley: Voting should be easy and safe. Idaho has the safest and most secure voting laws in the United States. The U.S. Constitution is clear that Idaho has sovereignty over the election process, and we do not need other states or the Federal Government interfering. There were several pieces of legislation this year that could have drastically reduced the ability of our rural voters, veterans, and senior citizens to participate in the election process.

Which bill (or new law) is an example of unnecessary, partisan politicking that you would avoid ever sponsoring and why?

Lickley: Oh goodness, there are plenty of those. 784 pieces of legislation have been drafted, 195 of those have been amended, 537 have been introduced in both the House and Senate, and 153 of those have passed both bodies. In my Salmon High School, University of Idaho, and ranch math, only 28% have passed. The governor has signed about 52 of those, vetoed one, and has about 100 that await his signature. Does that mean that 72% are unnecessary? Probably not, but a good chunk are.

Lappin: Senate Bill S1309, the “Fetal Heart Bill,” is a copy of a simular bill created in Texas, an ultra-conservative state. The bill is part and whole of a partisan movement. I could not sponsor a bill for or against “women’s health choices,” because I am not a woman.

If you could only sponsor one bill (proposed already or not), what would it be and why?

Lickley: S1329 could have the most impact in years to come. You are best served by a citizen legislature, one that spends its days closest to you. At a rough cost to you of $33/minute while we are in session, the Idaho Constitution is clear that our job is to make laws and appropriate Idaho’s precious revenues. S1329 has passed the Senate and awaits a committee hearing in the House. The purpose of this legislation is to establish some uniformity to the legislative session and process. It identifies a “not to exceed” sine die date and will help the Legislature to be more deliberative and timelier in doing the peoples business. Exceptions to address a gubernatorial veto and declared disaster and emergency events are provided for.

Lappin: To fix the broken Residental Housing Marketing Methods. A bill to even the playing field amongst home buyers. I would call it the “Equality to Earn Equity Bill.” Some suggestions given to me by the public in a public forum discussion I created would be to eliminate ‘Down Payments, Closing Costs, and PMI,’ requirements for purchasing a primary residence. Disallow ‘REITs’ and ‘Corporate Rental Companies’ from purchases of single residents. 90-day waiting period for cash purchases. No offers over initial asking price. Radical ideas, but the capitalistic system is broken. If you build more houses, the rich will come and buy them, then rent them to the working class who were trying to buy them in the first place. P.S. No application fees for rentals was the number one suggestion of renters.

If you could only attend three (3) of the following Valley events, which ones would you choose?

Lickley: A great meal out, Film Festival, Trailing of the Sheep.

Check five (5) of the following general areas in which you will be most effective and/or most focused during the next two-year term.