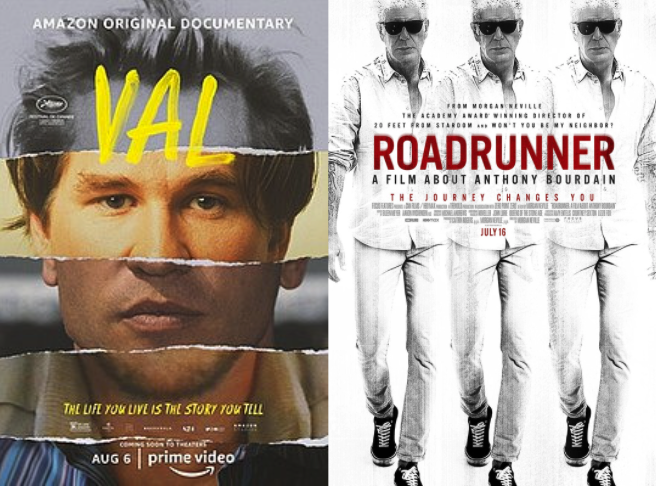 Ladies, this issue’s 4th Estate column is not for you. Look away, please. I need to talk in private with the men.

This is for males of any age who feel a little lost out there. Males who fear where their next paycheck may be coming from. Males who battle the drink or other things and are just too ashamed to do anything about it anymore. Males who don’t understand what women need or want or how to tell the difference between politeness and flirtation. Males who are contemplating ending it all. Males who have achieved much and somehow still feel empty inside, incomplete.

I have two things to say:

Those two documentaries captured my attention over the last few weeks beyond “two hours or 10 bucks well spent.” They are about men who find themselves by being lost in their work. And as we say goodbye to another Labor Day that hopefully brought you some rest, I want to focus on what labor actually is—what it means for men and how it’s different for men.

We do not go into labor. We cannot give birth. Put our sperm in a lab and women will be able to keep the planet plentiful. But without women’s wombs, human-inhabited Earth has a shelf life. So, if you can just wipe away for a second your ego, every bit of it, lean in now. The part of you empowered by Mom, by your kindergarten teacher, by your first girlfriend, by your last girlfriend, by your female co-workers, and by your daughters, too—it’s not real. We have big, fragile, fabricated egos. And when you die, your ego will too. Egos need a lot of nourishment if you want to keep them alive. It’s not your fault. It’s not your fault. It’s not your fault. And the good news is that even though your ego kicks the bucket, the work you do in life might stick around awhile.

So here we are, then. An organism living atop a round orb of soil and water designed to procreate on it and completely impotent on our own to do so. No wonder why we can throw ourselves into our work and with it define far more of ourselves than just our pocketbooks. What else do we have? So, our work becomes part of our personality, our soul. It’s what makes us a good guy, a protector of and provider for the planet and all the women and children we deem ours to protect. (It also can make us misogynistic extremists who at best sexually harass female co-workers and at worst put women in burqas and take away most of their rights and even some body parts to boot. But I’m focusing on the positive stuff for now.)

You see, all this is why I asked the ladies not to read this column. They are the life-giver force. They just don’t get it: That to be a man is to be in a constant state of inferiority. We are high school football players who deep down know they want and need cheerleaders to clap and sigh because without it, what’s the point? We are worker bees, and that brings me back to those two films. What follows is not a review of each, but rather a reason why you may want to watch them.

“Roadrunner”—Chef and writer and show host and recent victim of suicide Anthony Bourdain is the ultimate paradox tragedy. On the surface, Bourdain came across to many as arrogant and irreverent, an uber-confident personality who was an everyman’s chef at a real restaurant in Manhattan. He was not some flavor-of-the-month Food Network TV show host and he never earned a Michelin Star (the Holy Grail of the restaurant industry). But a pedestrian writer he was not. He had an uncanny, world-class skill at capturing nonfiction topics with the bare-bones truth telling of a Hemingway and the outside-the-box, spot-on observations of a Fitzgerald. After writing “Kitchen Confidential,” which hit number one on The New York Times bestseller list, Bourdain hosted travel/food shows for years that exposed cultures and individuals within or from those cultures through the lens of food. But food was just the setting for his stories, and they were worth three Michelin Stars. College anthropology professors should take a few days off; Bourdain’s shows would pair well with their courses.

“I was not qualified for this job,” Bourdain said about himself when he first started hosting shows and became world renowned almost overnight. The documentary captures his meteoric rise along with the ascent of his ego and his moments of calibrating a perfect balance that gave him the confidence to become iconic by breaking new television ground; all before descending back into defining himself through the heart of another and finding a part of himself and the world he didn’t like there. He is a cautionary tale—something to learn from rather than repeat.

“Val”—Actor Val Kilmer is still living, albeit a shadow of the physical self you’d recognize in his films. Kilmer knew he was qualified for the job and spent his entire youth trying to prove he belonged in scenes with acting legends, like Al Pacino and Marlon Brando—two actors he did in fact end up working alongside. Kilmer, now 61, recently went through esophageal cancer treatment and speaks through a voice box due to the hole that had to be left in his throat. You realize the loss is more ours than his as he takes us behind the scenes of his acting life using video he had shot since he was a teen. I hesitate to describe the masterpieces he pulled off over the years (no, not Batman and Iceman, but his roles as Jim Morrison in film and as Mark Twain on stage, for instance) because my accolades would sound cliché. It’d be better to use his words, “In order to find each character, I’ve had to put a little bit of me in them and a little bit of them in me. … I have acted poorly. I have acted bravely. I have acted bizarrely to some. I have no regrets because I have found parts of me that I never knew existed. And I am blessed.”

So remember, men, now that modern times and economies mean women have to get lost in their work to find themselves, too, try to see how privi— … how blessed you are, and try not to use that part of yourself that can make you a real dick.

OK, ladies, back in the room, now. It’s time to get back to work.