The Hunger Coalition Fulfills A Dream

Creating A Dominant Or Aggressive Dog 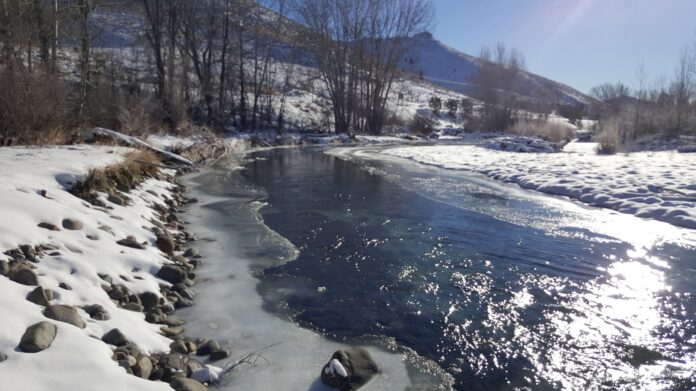 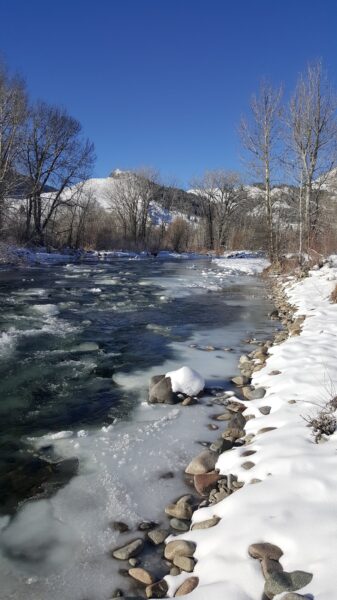 How distracted I can find myself on something as simple as a walk along the river.

This week, I returned to a place along the Big Wood that I visit often in the summer and fall to fish and to swim and to skip rocks. But because I hadn’t planned on fishing, and because there was no way I was jumping into the water at this time of year, and because all of the good skipping rocks were buried beneath our recent snowfall, I got… well… distracted.

By ice. By how many shapes the ice takes. By where it grows, by where it blossoms, by where it moves. By the uncountable number of ways that ice had formed, even just along a half-mile stretch of the river.

Moving water, of course, is not easy to freeze—the mechanical action of the water molecules tumbling over one another precludes the basic premise of freezing, which is that molecules slow down enough to lock into formation. But, even in a river, there are places where the water can stop long enough that the freezing process takes over.

I saw places where the tiniest bits of spray from the tiniest of little riffles had frozen onto the ends of overhanging branches, draped close enough to the river to catch the droplets, and formed elaborate icicles that grew horizontally across the surface of the water.

I felt the thinnest sheets of ice that had formed between rocks at the edge of the river that resonated and vibrated, like the tone wood of a guitar, when I tapped on it with my fingernail.

In another spot, along the river bank and in a place where the current eddies out so softly and gently, the water had frozen solid. All the way down to the cobbles along the bed—completely solid.

Through a foot of gin-clear ice, I could peer down and see the grains of sand and the bands of color in individual rocks that spend the summer with water washing over them, now frozen in place. I could see these things clearer, standing over them and looking straight down, than I would have been able to if the water was moving. I shuffled my feet and glided above this frozen piece of three-dimensional river, and found a place where tiny bubbles had been frozen, in the middle of rising to the surface, in the ice.

At this time of the year, there is ice everywhere. It’s falling out of the sky right now, as snow. It’s plastered onto our streets and in our driveways and there are thin sheets of it on my windshield every morning—all of this, I happily scrape away and pile off to the side as I move through my day. But along the river, the crystalline formations of ice felt somehow more precious. I felt like I had walked into some newly-discovered cave where the floor and the walls were draped in crystals that had never been seen by people before. Like I was inside of a geode.

Hannes Thum is a Wood River Valley native and has spent most of his life exploring what our local ecosystems have to offer. He currently teaches science at Sun Valley Community School.